Creepy, crawly, and many property owner’s most hated type of pest, spiders are a common invader of homes and offices. Learn more about spiders and how they can be effectively treated in order to enjoy a spider-free space in all seasons.

Spiders can be easily recognized by their eight legs and two distinct body areas. They do not have wings or antennae but they do have either three or four pairs of eyes. Spiders have an exoskeleton which they routinely molt. The color and size vary by species. 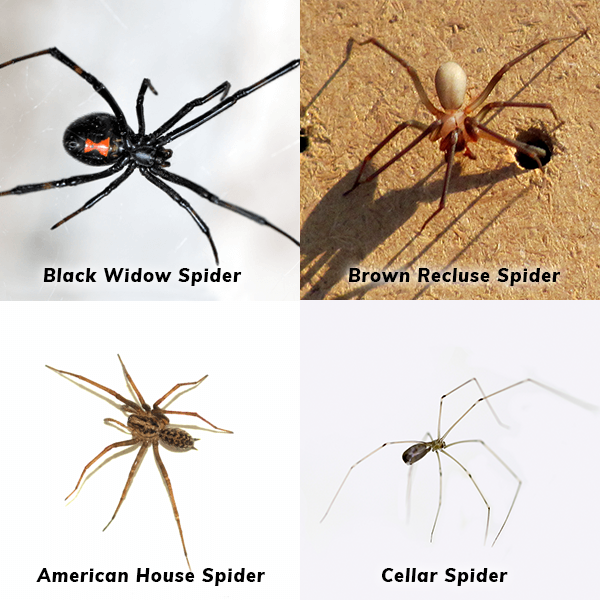 Dealing with any type of pest infestation can be alarming, and spiders are no exception. Most species of spiders are relatively harmless and do not pose a huge danger to humans; however, the bite of some spider species can cause significant damage to people’s health and safety. Two of the most dangerous species, the Brown Recluse and the Black Widow, live in the California region and should be treated with extreme caution.

How Do Spiders Get Into My Home?

Spiders enter your home for a variety of reasons —searching for food, shelter, moisture in your basement, or even a mate. The presence of other pests that are spiders’ food sources, such as flies and bugs, can also draw spiders into your home. Any small opening is an invitation for a spider to enter your property. Small cracks under doors and windows can let spiders into your home easily. Some spiders can accidentally be brought into your home through plants, firewood, or other objects, such as boxes of clothes. A spider living on that material can then explore other places around the house once safely inside.

Types of Spiders in Central and Southern California

California is home to a diverse range of arachnids, many of which like to take comfort in homes and other types of properties. Learn the differences between the most common species of spiders in Central and Southern California.
Southern House Spider: Found in Southern California, this spider can often be found hiding in small spaces around a home. It has a large body and is often confused with the Brown Recluse spider. 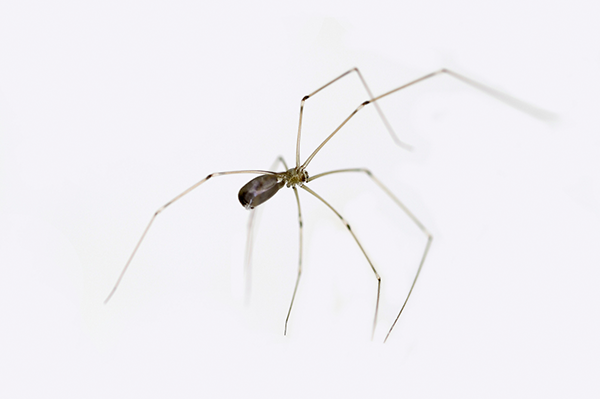 Cellar spiders are also sometimes referred to as “daddy longlegs” because of their very long, thin legs. Although these spiders can develop large populations in protected locations, they are not known to be in any way harmful. This spider is commonly found in cellars, warehouses, garages, caves, and other dark, damp, quiet, protected spots. 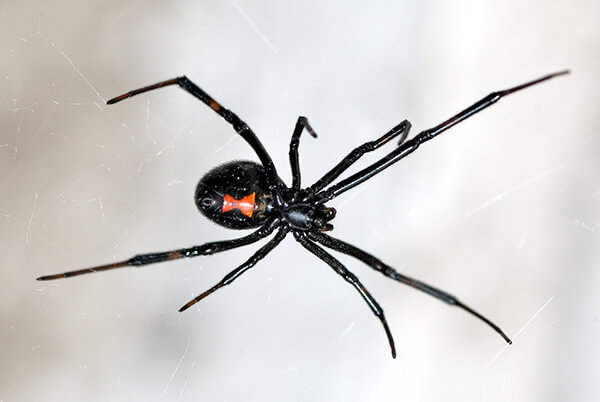 One of the most infamous spiders in the world, the Black Widow has a distinctive red hourglass shape and is highly poisonous. 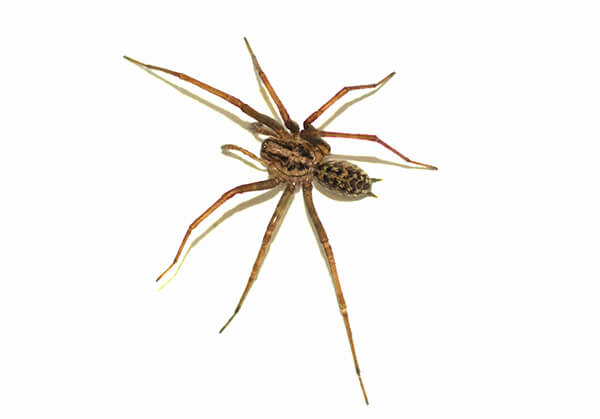 Generally harmless but occasionally allergic for some, the American House spider thrives inside homes and indoor spaces. They enjoy living in basements, the corners of a room, in porches, and nearly anywhere in a home. 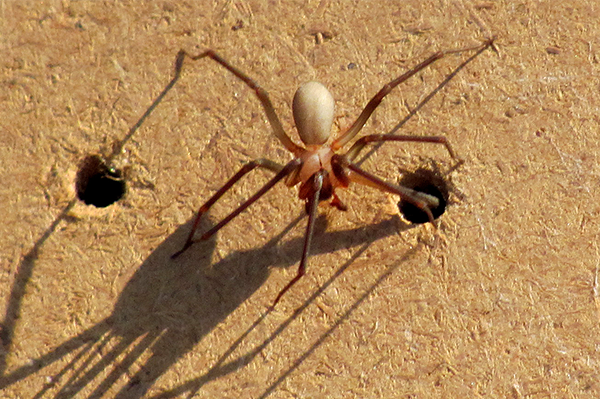 Although quite rare to be seen, the Brown Recluse can be a risk to children. It has 6 eyes and a unique violin-shaped marking. 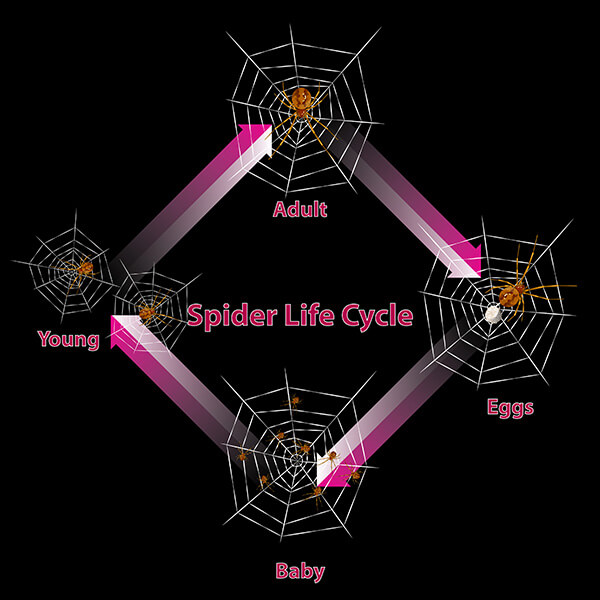 Spiders are born from an egg sac that contains thousands of other spiderlings. As spiderlings grow, they continuously molt until they reach their adult form. During the reproduction phase of the spider’s life cycle, males generally court the females in elaborate displays. After, some species of females will consume the male. The average lifespan of a spider is around 2-3 years, but certain house spiders can live for up to seven years.

Spiders can be found in a variety of different climates and locations. Some spiders prefer cool indoor cracks and moist locations while others thrive in dry, hot areas. While the diet ranges by species, many spiders consume insects and other spiders as their source of food. Spiders’ powerful digestive enzymes help them break down food, as they cannot chew.

How to Kill Spiders

Killing spiders can be a daunting task if not left to professionals. Many species of spiders, especially in Southern and Central California, are dangerous to humans. Rather than attempting a DIY pest removal and risk injury to yourself, always call a professional to remove spiders from your property.

Effectively removing spider populations is not a one-time job —at AIPM, we assess and treat all pest infestation issues in order to continuously manage pest populations.

Call the pest control professionals at AIPM today in order to knowledgeably handle any spider populations in your home or office.